The Alabaster Reliefs – A new Acquisition that is unique

From September 26, 2019 onwards the Museum Schnütgen presents a unique new acquisition: Two alabaster reliefs dated to the early 15th century depicting the Annunciation of Mary. Due to the graceful figures of the archangel Gabriel and the virgin Mary, their delicately carved forms and the virtuosic undercutting of their robes and banners, these reliefs are two of the most precious examples of the heyday of alabaster sculpture.

This period of time was characterised by commissions of the French royal family and the Burgundian dukes.

In a virtuoso manner, the sculptor adapted figures of the archangel Gabriel and Mary – mutually facing each other – into separate, unusually deep frames, thereby increasing the sculptural effect. The precious material of alabaster was used especially at the beginning of the 15th century for the decoration of altars and tombs. These reliefs were presumably part of a furnishing in the interior of a church.

Although the collection of the Museum Schnütgen already contains outstanding sculptures dated to the late 14th century, such as the well-known Parlerbüste and 15th century sculptures, which reveal the influence of Franco-Flemish court art around 1400, including the prophet figures from the historic town hall, there has not been an example that represents this specific style.

The purchase for the city of Cologne was supported by the Kulturstiftung der Länder and the Ernst von Siemens Kunststiftung, the special presentation of the artwork was made possible thanks to the Freundeskreis Museum Schnütgen e.V.

In addition to this outstanding new acquisition, the museum's partially redesigned permanent exhibition features even further new additions. The new selection catalogue "Museum Schnütgen - Handbook for the Collection" also provides in-depth information on 280 examples of the collection of artworks. 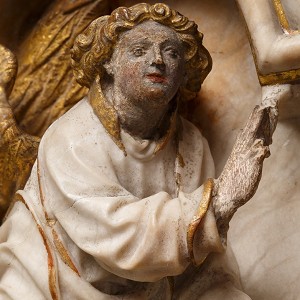 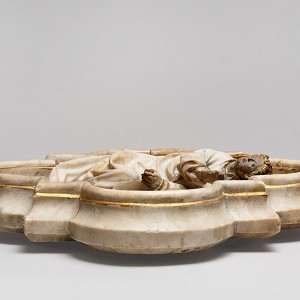 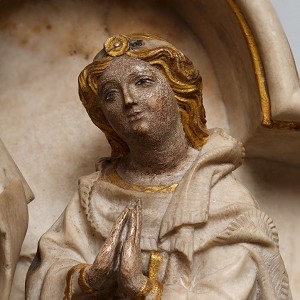