The Museum Schnütgen has a large collection of medieval art, accentuated and enriched by a selection of Christian sculptures from the post medieval period. The museum’s collection traces back to founder and eponym Alexander Schnütgen (1843-1918), who compiled a large part of today’s collection in the last third of the 19th century.

In 1906, Alexander Schnütgen, cathedral canon of Cologne, gave his private collection to the city of Cologne under the condition that a museum be established for it. Since then, the museum has known a varied history: different locations, alternating presentations of the permanent collection and newly acquired artworks have shaped and changed the collection. Numerous large exhibitions, which are discussed in detail in the exhibition retrospective, have made it possible to interest the general public in the art of the Middle Ages.

1906
On 14 April, Alexander Schnütgen informs Friedrich Wilhelm Bernard von Becker, lord mayor of Cologne from 1886-1907, of his intention to leave his collection of ecclesiastical art to the city of Cologne. Scarcely a week later, Cologne’s assembly of city councillors accepts the collection gift and resolves to build an annexe onto the Kunstgewerbemuseum (Arts and Crafts Museum).

1908
On 4 November, the cornerstone is ceremoniously laid for the annexe to the Arts and Crafts Museum for the Schnütgen collection.

1910
On 26 October, the museum annexe on the Hansaring is opened. A structure using Romanesque and Gothic elements is built according to the plans of architect Franz Brantzky (1871-1945). At the request of Alexander Schnütgen, Fritz Witte (1876-1937) becomes the first curator of the museum, as of 1918 he may use the title of director.

1918
By council order of 10 January, the “Sammlung Schnütgen” (Schnütgen Collection) is renamed “Schnütgen-Museum”. On 24 November, Alexander Schnütgen passes away at his retirement residence in Listernohl. 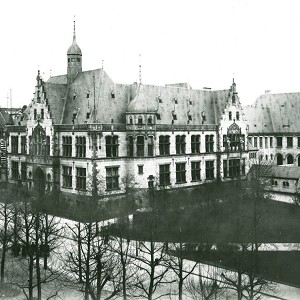 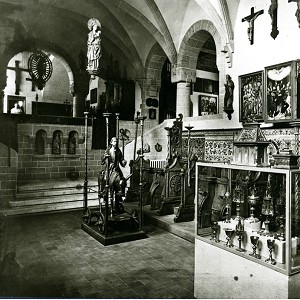 The interwar period and the Second World War

1921
After closing for many months, the museum is reopened with a redesigned, extended permanent collection. A major work is added to its collection, the Crucifix Torso from St. George, created in the last third of the 11th century.

1931
The Cologne museums are restructured and the Schnütgen-Museum gives its collection of 123 paintings to the Wallraf-Richartz-Museum. In exchange, it receives prominent works from the collection of Ferdinand Franz Wallraf and from the Arts and Crafts Museum, including figures from the High Altar of Cologne Cathedral, the Parler Bust, the so-called Comb of St. Heribert and stained glass works.

1932
The Schnütgen-Museum separates from the Arts and Crafts Museum and moves to the other side of the Rhine River into the former Monastery of St. Heribert in the Deutz district of Cologne.

1939
The Schnütgen-Museum is emptied when World War II breaks out. The works of the collection are brought to safety, stored separately at various locations all over Germany.

1945
The museum building on the banks of the Rhine River in Deutz is completely destroyed. The evacuated collection survives the war without any damage or losses to speak of. 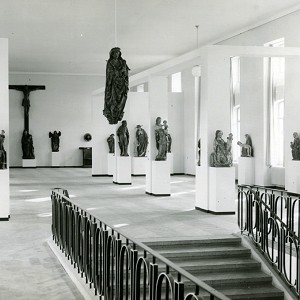 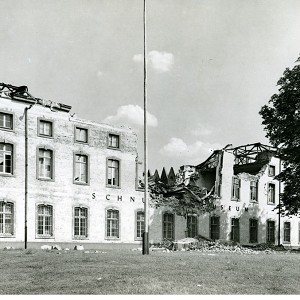 1950
Architect Karl Band (1900-1995), government master builder, has the idea to convert the Romanesque church of St. Cecilia into a museum for the Schnütgen collection. The church is reconstructed according to his plans and expanded through an extension containing the foyer, the administration and the library.

1970
Anton Legner (born 1928) takes on the management of the museum as the third director.

1977
The museum is open to visitors once more after a radical redesign of its exhibition. By opening up the walled-in crypt, the museum gains a further small exhibition space. 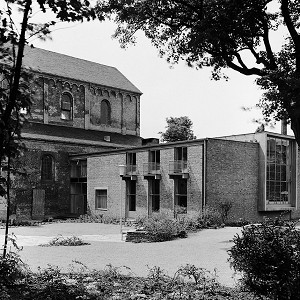 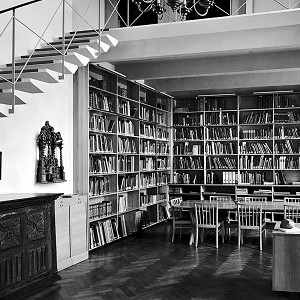 Moving towards the present day

23 March 1995
The city council instructs the municipal administration to “prepare a new building for the Rautenstrauch-Joest-Museum that is spatially connected to the Schnütgen-Museum, the Kunsthalle (Art Gallery), the Kölnischer Kunstverein (Art Society of Cologne) and the Volkshochschule (VHS, adult education centre) and invite architects to submit bids”.

2000
The name of the museum is changed to “Museum Schnütgen”.

2003
After the museum was closed for a year and a half to renovate the building and redesign the exhibition, the Museum Schnütgen reopens on 23 March.

21 September 2009
The Museum Schnütgen closes again for further renovation. The museum building is also structurally joined to the new building of the “Kulturquartier am Neumarkt” (cultural quarters at Neumarkt), connecting the Museum Schnütgen with the Rautenstrauch-Joest-Museum.

February 2010
Hiltrud Westermann-Angerhausen retires; Dagmar Täube is made acting director of the museum.

22 October 2010
After more than eight years of construction, the Museum Schnütgen and the Rautenstrauch-Joest-Museum open their doors for visitors.

You can read up on the history of the Museum Schnütgen until the year 2006 in more detail in “100 Jahre Schenkung Schnütgen. Eine Chronik” (100 Years of the Schnütgen Collection Gift. A Chronicle), edited by Hiltrud Westermann-Angerhausen and Manuela Beer, Greven Verlag, Cologne 2006. 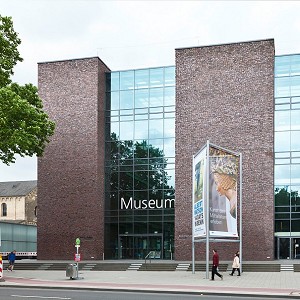 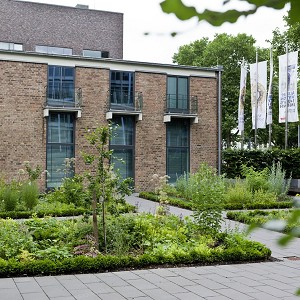 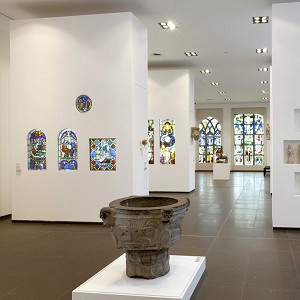 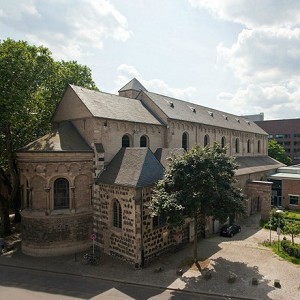